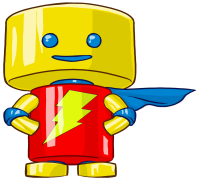 There were so many great guests. It seems like twice a week leading up to the event, Supercon would announce a new guest that would be enough for a lot of fans to attend even if that were the only guest.

Some of my favorite comic authors and artists were there, like Neal Adams, Keith Giffen, Mark Bagley, and Fabian Nicieza. I chatted with all of them for a good while. Neal Adams is practically single-handedly responsible for everything good at DC. I’ve been a fan of Giffen’s since I first saw his art in Marvel’s New Universe, and I picked up an autographed Creeper print from him. Nicieza and Bagley created The New Warriors, which I loved for its many-year run. It turned a bunch of Marvel B- and C-listers into a fantastic team with great personalities and plots, much like The Guardians of the Galaxy movie did for its characters. 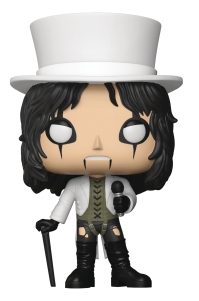 Alice Cooper was the highlight guest for me. We chatted for 20 minutes or so. Besides being a huge fan of his Love It to Death album (which has “I’m Eighteen“, “Black Juju“, “Sun Arise“, and the standout “Ballad of Dwight Fry“), I’d heard back in the 90s that Vincent Furnier (his real name) was teaching Sunday school at his church.

When I talked with him on Friday, I was wearing my “Mini-Me” outfit, which gave him quite a giggle. He wondered aloud which of my hands he should shake, so he grabbed my real right hand and my prop right hand, and shook them both at once. I told him that I’d actually worn out his album by playing several times a day for a couple of years. He said that was the first “real” Alice Cooper album, without creative interference from the producers.

And we talked a while about our faith, too. I converted from atheism to Christianity in 1992, and I’ve maintained my relationships in the technology, gaming, publishing, theatrical, and other communities, which have all become my mission fields. He loved the idea, and was happy to hear about the work I’ve been doing. 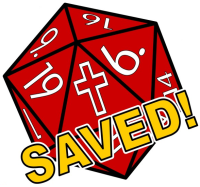 A lot of my friends had booths there for various organizations that we’re a part of. The Ohio River Valley Cosplayers (ORCs) are a lot of fun, and have amazing costumes. A Nerd Like Me were my neighbors. I’ve been a part of Nerd Louisville since it started a few years back, and even write for them once in a while. I attend ConGlomeration every year, and even used to volunteer on the “con comm.” The USS Drakonia beamed aboard, too.

Other friends were there selling this and that, like Lydia Sherrer, Tony Acree, Dieter Zimmerman, Atty Eve, Bloat Games, and Purvis Games. I picked up some fun fake albums from Drew Blank (Pee-Wee Herman: Live at the Alamo, The Deadites: Necronomikaze, and Wyld Stallyns: Most Triumphant).

I was officially there representing the Christian Gamers Guild, at my booth. Besides handing out business cards and such for the CGG, I also had swag for Game Church, the Grave Robbers, and maybe another group, too.

I wrote my Stan Lee memorial sermon for this event. 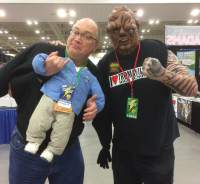 Mini-Me and the Toxic Avenger bonded

The celebrity panels drew huge crowds. Other panels, workshops, demonstrations, interviews, and other events were also popular. The game rooms downstairs (which included video games, roleplaying, and other hobbies like model-making and painting) had a steady stream of people every time I went down to visit.

I was only on one panel this year, “Faith & Fandom.” With me were Amber Curtis (the moderator, and Supercon staff), Katrina French (an author I knew from Imaginarium), Zachary Hoskins, Bradley Brown, and Vic Mignona (a famous anime voice actor). The panel was well attended and interactive, despite being on Sunday afternoon.

Wow, there were so many fun costumes all over the place. My costume photo album on facebook is filled with great outfits.

For a first year (in Louisville) event, Supercon was a striking success. I’m looking forward to doing it all over again.