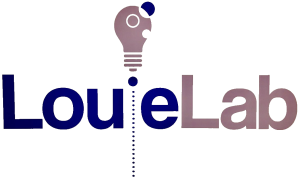 It’s a new collaboration between Louisville government and the people. It’s designed for use as a coworking space, so government and people can work on specific projects together, like the Civic Data Alliance‘s hackathons through Code for America.

At the opening, two tech projects were demonstrated: 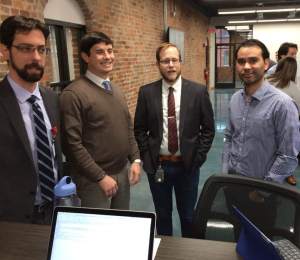 I was a (minor) part of the team that put all of this together. Most of the work was done by Reydel Leon, with lots of input from Michael Schnuerle (the city’s first Data Officer), Ed Blayney (who just won a Navigator Award for his work on SpeedUpLouisville), Matthew Gotth-Olsen (who manages LouisvilleKY.gov, and was once in a hardcore band), and others.

As it turns out, the most common 3-1-1 call is to find out about junk pickup day. Soon, anyone in Louisville with a Dot can just ask it, “Alexa, when is junk pick up day?”

The volunteers also have developed the interface to programmable light bulbs that can change color and intensity based on pre-selected options. That way, for example, the bulb could: 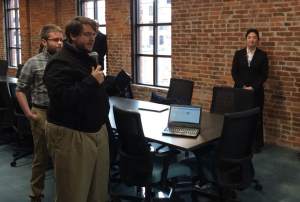 CASPER (the Completely Autonomous Solar Powered Event Responder) was developed by local makers Nathan Armentrout, James Gissendaner, and David Jokinen at the LVL1  smoke alarm hackathon a year ago. It listens on the standard smoke alarm frequency band (so that it should work with any variety), and makes a wireless call to alert the authorities. It’s primarily in use right now at vacant and abandoned buildings, since fires at a vacant building spreads to neighboring properties 80% of the time. The city of Louisville has several in use now, and plans to roll out many more. Other cities are also expressing interest.

Here is some press coverage of the opening:

Here in Louisville, we’re also founding a chapter of the VRARA (Virtual Reality / Augmented Reality Association). We had dozens of people at the kickoff meeting last week.

The KY Science Center just ran another three-day Celebration of Coding event, aimed at getting youngsters involved in software.