This sermon uses zombies to relate the gospel of Christ.

Are you ready for the zombie apocalypse? 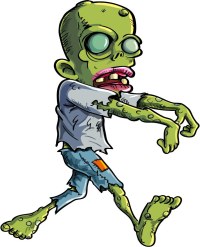 The dead will indeed rise.

Your dead shall live; their bodies shall rise. You who dwell in the dust, awake and sing for joy! The earth will give birth to the dead. (Isaiah 26:19)

But many who rise will not be at all happy about it.

In those days people will seek death and will not find it. They will long to die, but death will flee from them. (Revelation 9:6)

Hell is where the worms that eat them do not die, and the fire is not quenched. (Mark 9:48)

God once gave Ezekiel a vision of a dead nation coming back to life, as a metaphor for the nation of Israel reawakening their spiritual lives.

There was a rattling noise across the valley. The bones joined to form skeletons. Muscles, flesh, and skin formed on their bodies. I spoke as the Lord commanded, and they came to life and stood on their feet; a great army. (Ezekiel 37:7-8,10)

When Jesus came back to life, he was not the only one. He brought some friends with him.

The tombs also were opened. And many bodies of the saints who had fallen asleep were raised. (Matthew 27:52)

Through the power of His resurrection, Jesus defeated death. 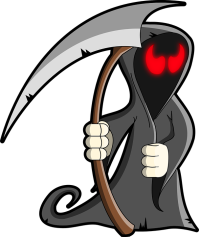 Christ, being raised from the dead, will never die again; death no longer has dominion over Him. (Romans 6:9)

He can extend that same benefit to us.

Jesus said, “I am the resurrection, and the life. Whoever believes in me, though he were dead, yet shall he live.” (John 11:25)

Whoever hears my word and believes him who sent me has crossed over from death to life. (John 5:24)

In the same way, count yourselves dead to sin but alive to God in Christ Jesus. (Romans 6:11)

But this is a limited time offer (we never know when our number will come up).

Today if you hear his voice, harden not your heart. (Psalm 95:8)