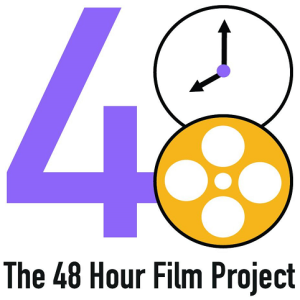 This past weekend, I finally participated in the 48-Hour Film Project. Friends of mine have been doing it for years, but until this year, I’d always been on the road for Louisville’s event.

Before the weekend, we chose our team, assigned roles, and scouted locations, without actually knowing what we’d do until we began. On Friday night, each team draws a genre out of a hat (actually, each drawing has two genres, and the team picks the one they’d like to do). The final film must be 4 to 7 minutes long (credits at the end of the movie don’t count against the maximum time).

On top of randomly drawing a genre, each team has three required ingredients: a line, a prop, and a character. Even though each team gets its own genre, all teams share those same three ingredients.

The randomly assigned genres include one of these:

And one of these:

Some are harder than others. With the variety of talent we had on our team, we could have handled any of them, but I personally would have had a difficult time with Musical and Animal, and several of them would not have particularly interested me.

Thankfully, we draw Mystery or Film de Femme. Mystery is a well understood genre, and our writers bubbled with ideas.

Our (and every team’s) ingredients were:

Our team included people that I’ve been friends with for a long time, like Jessica Mathis, Patrick Gabbard, and Rachel Allen. And many more that I’d sort of known, or hadn’t met at all until the weekend.

My title was Assistant Producer. That meant that I ran for coffee, shuttled people around, and otherwise tried to make the experience smooth for the rest of the cast and crew. I also acted as an extra, and got kicked in the shins a few dozen times as part of a scene.

The movie we filmed is “A Fool’s Errand.” We’re part of the ‘Group A’ block of films that are competing. The movies will show at Village 8 Theaters in Louisville, KY.

Sadly, we don’t qualify for an official award, since we turned in our project late.

The power in the building where we were shooting and editing blew out on Saturday night, forcing us to reshoot several scenes Sunday. Without that previous footage, which got lost in the outage, we weren’t able to finish in time.

Still, our movie will be shown, and is eligible for the Fan Favorite vote. Everyone who attends can vote.